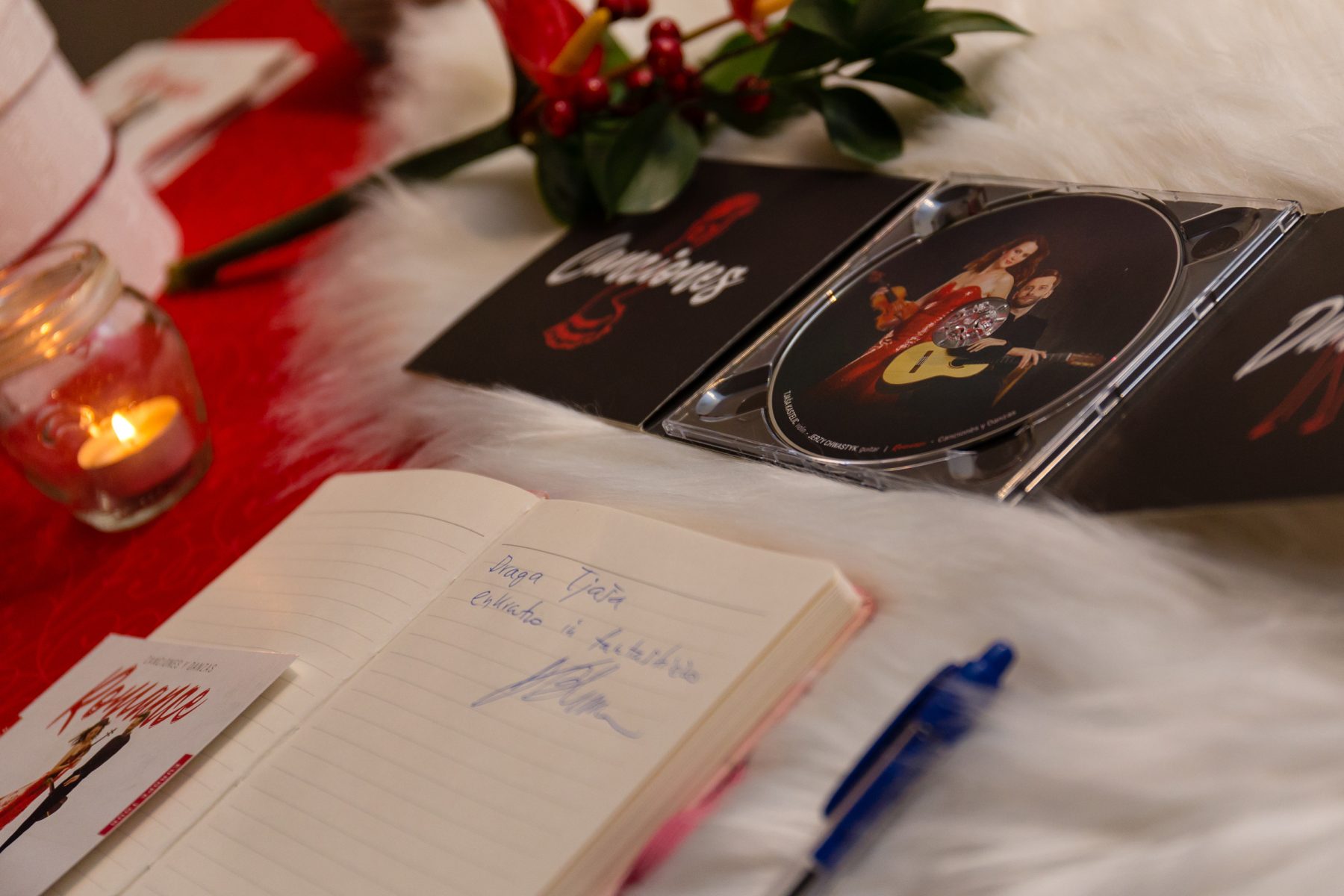 “When time stops and you simply hover between reality and illusions…”
Evenings full of beautiful music presented with all emotions and passion ended with standing ovations.

On the 19.11.2019 and 22.11.2019 Tjaša Kastelic performed her Debut Album with guitarist Jerzy Chwastyk in one of the nicest Slovenian halls, in Viteška dvorana – The Knight’s Hall in Brežice. The two-storey castle is the mightiest building in Brežice, built in the middle of the 16th century in the site of the castle which was burnt down in 1515, in time of the great peasant revolt.

After 10 years Tjaša was returning to Slovenian stages and she was extremely happy to present her DEBUT ALBUM in such a beautiful and historical place – in Viteška dvorana!
“You can perform in the most famous concert halls, but at home… always was and will be the nicest and the most special for me!” Tjaša said.
Beautiful program Romance – Canciones y danzas presented with all emotions and passion to the music by the artists Tjaša Kastelic and Jerzy Chwastyk, moderated by Irena Potočar Papež made the evenings simply magical, which public finished with standing ovations!

“Tjaša and Jerzy’s concert …
When time stops and you simply hover between reality and illusions.
In no time, however, is the intertwining of past and present; music from history and the current freshness of both performers.
But that’s not all. The magic of the event is not only a selection of top-picked pieces, but also an interpretation imbued with precision, musicality and incredibly positive energy. When besides the music speaks their eyes, smile, passion … In dance they would call it a harmonious “pas de deux”.
For the music duo of Tjaša and Jerzy on this concert tour comes to my mind first the word BEAUTIFUL.
Thank you for two magically beautiful concerts at the Knights’ Hall in Brežice.
I wish you to continue impressing.”
Irena Potočar Papež, motivational lecturer, book author and moderator